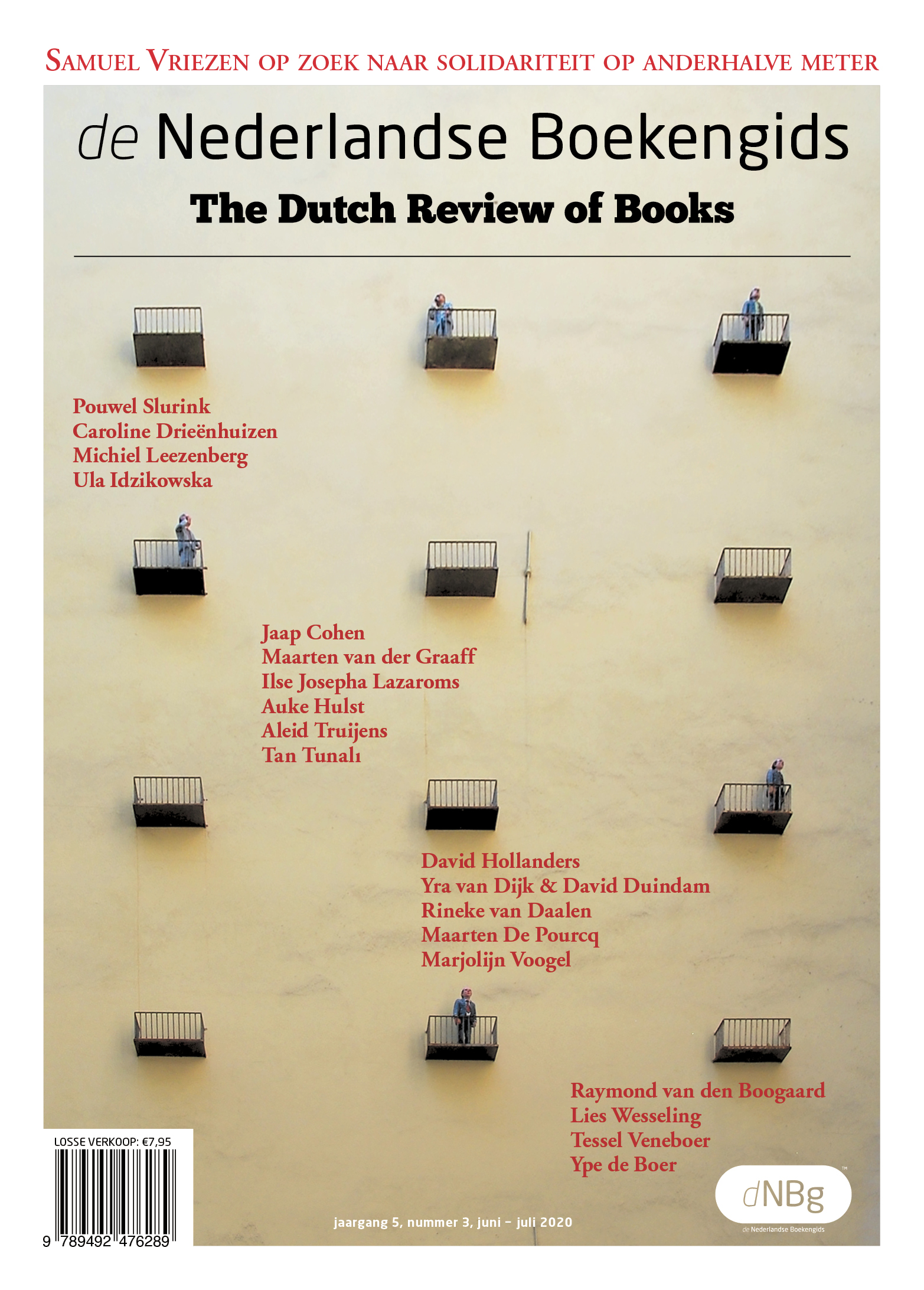 By Arthur Eaton, philosopher and psychologist. He is currently preparing a Ph.D. at University College London. He is also active as a writer and illustrator.

A conversation with George Makari

George J. Makari is a psychiatrist, historian and psychoanalyst. He is Professor at Weill Cornell Medical College and Director of Cornell’s Institute for the History of Psychiatry. He lives and works in New York City. His first book, Revolution in Mind, is widely considered the crown of a decades-long debate in academia about the value of psychoanalysis – the so-called Freud Wars. In the book, Makari showed that psychoanalysis was not Sigmund Freud’s sole creation, and that his ideas were a synthesis of existing thought. The book preserved the beauty and the usefulness of psychoanalytic concepts, while it conceded to critics that the birth of the psychoanalytic movement was gritty and problematic. It won several prizes, and was hailed by defenders and opponents of psychoanalysis alike. Novelist Paul Auster judged that: ‘George Makari has written nothing less than a history of the modern mind’. Recently Makari published his second book, Soul Machine - he calls it a prequel - in which he traces the history of the mind further back. It is a riveting history that shows how the concept of the mind was born out of intellectual debates over the connection between body and soul in 17th, 18th and 19th century Europe. One of the story’s main protagonists is philosopher and physician John Locke. Makari argues that before Locke debates centered around an immaterial soul and a material body. Only by creating a third category - ‘the mind’ - Locke invented a material soul that could be either healthy or ill. As such, he became one of the founding fathers of the mental health profession.

I spoke with George Makari about the mind in a small coffeeshop in Bloomsbury, London. He chooses his words carefully, is wary of electronic recording devices, and pats the air while he speaks.

Arthur Eaton: You’re a psychiatrist and a historian. Can you tell me about your intellectual background and how you came to have your dual career?

George Makari: My family’s profession was traditionally in medicine, but my personal interest took me more towards the humanities and the letters. It seemed to me interesting to try to combine the two. While at medical school I learned about an institute for the study of the history of psychiatry at Cornell University. I became very excited about this, transferred schools to get to Cornell, and have been there ever since.

AE: When did you decide to train as a psychoanalyst?

GM: After my psychiatry residency I got a three-year fellowship to study historiography and German. I trained as a psychoanalyst simultaneously. At the time, I was working on the history of psychoanalysis, so it was a perfect fit. The Freud Wars were in full bloom, and it was quite exciting to pry open the different assumptions that went into the building of psychoanalysis, while also trying to think about clinical work from a psychoanalytic perspective.  I joined the Columbia psychoanalytic centre, which had a multiple models of the mind approach, so you weren’t committed to any particular viewpoint. Relative to other psychoanalytic institutes it was the most free-thinking. It was academically interesting too, as it was embedded in the Columbia University system rather than a freestanding institute. I received a great deal of support there to do work that actually questioned some of the assumptions of psychoanalytic theory.

AE: Soul Machine is the story of the invention of the modern mind. Your book shows how the idea of the mind was born out of discussions between philosophers, physicians and theologians about the nature of the soul and the body. I am interested in your perspective on current debates. What contemporary discussions is your book a ‘symptom’ of?

GM, laughs: You think it’s a symptom, I don’t! That is the nature of neurosis. Look, I have two offices. One where I write, and one where I see patients. I do a lot of psychotherapy. I try to cure my patients using a concept that some people in my department say doesn’t exist: the mind. Nobody writes a book without any investment in what’s happening in the present, and as much as presentism is a big problem in history, it’s inevitable. I was motivated by a number of strains in my surroundings. I work alongside psychiatrists who are extremely scientistic, and who make all sorts of dangerous claims about having solved the mind-brain problem. The truth is: they haven’t. An example of these claims becoming very concrete is the current notion that the mind is an information processing machine, a computer. This position is being supported by Google and IBM. A lot of money is being poured into the idea that Artificial Intelligence can do what you and I can do. Some propose that machines will take over many of our jobs. In my book you’ll find that the idea that our bodies are machines is very old. I see it as a dangerous, anti-humanist position that has very little being said against it at the moment. On the other hand, I see that the basic premise of mentalism, which undergirds secular liberal culture, is under attack from reductionistic scientists, postmodernists, and in part by religious fundamentalists.

GM: For a long time, the field of the history of psychiatry was dominated by postmoderists, Foucaultians mainly. They have looked at the discipline of psychiatry as exclusively a form of social control. But I think it is important to remember that Foucault never cured anyone. My book is an attempt, however small, at contributing to these debates. I adopted a historical position to the problem, and I came up with historical answers.

AE: There is an important link between religion and the concept of the mind in your book.

GM: An important argument in my book is that the concept of the mind was created by John Locke in response to both the changing views of Nature as well as his concerns about religious fanaticism. When Locke arrived in London after his studies in Oxford, he wrote a letter to his father saying: ‘the whole town has gone mad.’ In the letter, he described how there were I-heard-it-from-God prophets on every corner of the street. Religious enthusiasm and the political instability it created spurred him on to investigate the limits of human understanding. It resulted in his famous book entitled An Essay Concerning Human Understanding (1689). In the essay, Locke argued that there is such a thing as the mind, and that it has the capacity for empirical knowledge, but he crucially added that this knowledge is fallible and therefore does not have the right to make absolute claims.

AE: Your book shows how the changing debates over the materiality or immateriality of the soul brought with them changing conceptions of normality and abnormality. You give us this lovely quote by the playwright Nathaniel Lee: ‘I asserted the world was mad, the world asserted I was mad, and confound them, they outvoted me.’ Where do you position yourself in contemporary debates about this subject? Is the standardization of diagnosis of any concern to you? And does your historical work help you in any way to reflect on it?

GM: Freud was not the first to problematize the reification of mental illness. Locke spoke about everyday misassociations, everyday madnesses of life. With his work you start to see that normality is riddled with irrationality. The construction of the mind as a fallible, natural object necessarily meant that there couldn’t be such bright boundaries between madness and sanity. The brightest boundaries occur through a more biological view that looks at the brain and isn’t very much interested in individual differences. It is interested in the unified functioning of an object, a scientific object - the brain. There is a very sharp distinction between normality and abnormality in the brain, or at least there has been. That has been part of the challenge of being a good psychiatrist: to be able to tack back and forth between thinking about the brain and its functioning, and honoring individual differences, and their capacity to be quite unusual but  not pathological. We know so little about the biological differences and mental differences that the rush to pathologize can be very dangerous. On the other hand, it is only through using these concepts that we have some empirical guidance regarding certain kinds of treatments. To throw them out completely would be wrong.

AE: Do you see us losing the concept of the mind to neurodeterminism?

GM: I am very worried about the collapse of the mind-body problem into a pseudo-solution.  The history of psychiatry is a history of cautionary tales regarding such false answers. Because history provides so many examples of things gone wrong, I think that has made me a very careful psychiatrist. To me, the neuro-utopians are very scary. I will be on a panel at a science festival soon called: ‘My neurons, My self’. The truth is that the bridge between what science sees as the brain and that of internal experience is not even nearly built. That is not to say that there will never be a bridge. I think it is possible that in a hundred years there will be more of one.  What I worry about is the people who say we are already there. Don’t get me wrong: reductionism is an important tool. It says: I’m going to think about this small part of the problem, change one variable, and see what happens downstream. The problem is when people start to confuse the one variable and what happens downstream with the whole problem. That is why neuro-utopians are dangerous. They confuse a part with the whole. I’ll tell you what the harm is through an historical example: lobotomy. Lobotomy was the most scientifically established treatment in American psychiatry the 1950s. The lobotomists played the game by all the rules of science. From the perspective of science, they were doing the right thing. This was no quackery. Now we know that scooping out parts of a person’s brain was the wrong idea, because in almost all serious mental ilness there is not just one location that’s disturbed. We now know that a lot of people got hurt unnecessarily through lobotomy, even though science seemed to say it was right at the time.

AE: How do you see the future of the mind?

GM: I see the mind as a construction of not only philosophical forces, but political, medical, and scientific forces. Its future is going to be affected by all of those domains. Unhappily for philosophers, the philosophical impact is probably the least. Political impact is huge, as I have tried to show in the book. I think scientific innovation and medical interventions are going to be the wildcards that determine the future of the mind as well. I would say, for instance, that if religious fundamentalism continues to grow, mentalism will necessarily decrease. If liberalism is under siege, the notion of a contingent mind that undergirds toleration and the notions of life, liberty and the pursuit of happiness will also diminish. I am very worried about religious fundamentalism today. While the notion of the mind is disappearing as a result of the current climate of neurodeterminism, religious fundamentalism – in various guises – is on the rise.