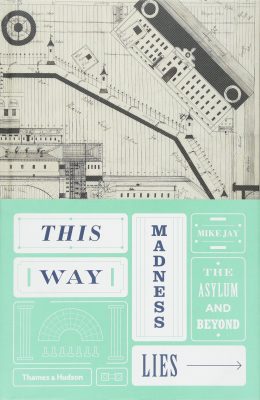 A few weeks back, Yale UP published Mike Jay’s Mescaline: A Global History of the First Psychedelic. Historian Matei Iagher discussed his work with him a while ago – on the occasion of his work on the history of mental institutions.

The Dutch translation by Arthur Eaton is accessible here.

In the past two decades, Mike Jay has written seven books, edited four more, and penned dozens of articles and reviews. Widely regarded as an authority on the cultural history of intoxicants, Jay has also written about the history of madness, as well as a book-length foray into the world of Colonel Edward Despard, who was executed for treason and attempted regicide at the beginning of the 19th century. His latest book, tentatively titled Mescaline: A Cultural History of the First Psychedelic, is scheduled to be published in May 2019 by Yale University Press.

I met Mike Jay in the lobby of the Wellcome building – a large and recently refurbished affair, complete with tourists, security guard, a metal sculpture of a de-sexed human figure hanging upside down from the ceiling, a noisy, jam-packed café morphing into a bookstore on one end, and a dizzying spiral staircase on the other. The Wellcome Museum is where Jay curated his latest exhibition Bedlam: The Asylum and Beyond, which was accompanied by a volume (This Way Madness Lies) that offers a birds-eye view of the history of psychiatry in the last 400 years.

Physically, Jay cuts a striking figure. At over six feet, with the frame of a retired rugby player, a shiny head, and a densely patterned colourful shirt, he was hard to miss across the middling crowd of afternoon visitors at the Wellcome. When I saw him, he was greeting a diminutive bookseller and getting ready to sign a few copies of his books. ‘Apparently, it helps to sell them,’ he told me. I waited for him to get his coat and we walked across the street to a quieter location, a whitewashed café. We sat at opposite sides of a round table, and I began fumbling with my list of questions and my phone (now doubling as a voice recorder).

[Matei Iagher] I was wondering if you could tell me a little bit about your intellectual biography – with a view towards how you became interested in the history of psychiatry.
[Mike Jay] I did a degree in philosophy at Cambridge. By the time I was done with that, I was totally sick of the intellectual life and never wanted to read another book in my life ever again. So I went into film making. I made films, TV, and music videos. For most of my twenties, I worked in different capacities: editing, researching and directing – but I carried on writing, because I enjoy it. And I started writing about drugs. Nobody else was doing that at the time. People were afraid of being arrested. They asked me: ‘Aren’t you scared? The police will have your name on some list somewhere. You can’t do this!’ I found the field was open territory, because – by and large – druggies don’t have the patience for historical research, and academics did not want to get their hands dirty. There were great stories there that nobody had touched. My first books were in that area, and I found that, even though I considered myself a generalist with no academic specialism, drugs was a special subject. It gave me a license to rove across the divide between art and science, and across everything from psychology to art to ethnography to history. Having written about the history of drugs, I broadened out and started writing about the 18th century, and revolutionary politics. I would have happily continued writing biographies of 18th century natural philosophers, but people kept coming back for stuff on drugs. So that’s how it became a specialism. Still, I think the way I approach it is much broader than most specialists. It’s an excuse for me to be a generalist, with a particular lens, or frame. [MI] In This Way Madness Lies, you provide a general history of psychiatry from the 17th century to the present, centered around Bedlam – the famous psychiatric hospital in London. How did this come about, and why Bedlam?

I had drawn on the Bethlem archives for a previous book. It struck me that they were a great resource for telling the history of psychiatry for this long period. My interest was also spurred by having friends with f. I found that this was a subject that nobody really understands – of course there is a huge body of professional expertise, but there are much wider questions that remain unanswered. As soon as you start to look historically at madness, you see the extent to which it is socially constructed, or at least a response to changing norms and attitudes. It’s a huge subject, and focusing on Bethlem was a way of containing the story. I was also struck by the fact that it has had three physical buildings, which roughly correspond to what you might call different eras: the madhouse, the asylum, and the mental hospital – the 18th, the 19th, and the 20th centuries. I felt that would work well as an exhibition, so I proposed it to the Wellcome. I also wanted to focus on the patients’ perspective, and wondered if one could make a history out of them. So I brought the patients’ perspectives in dialogue with the institution.

[MI] From the very beginning of the book, alongside Bedlam, you mention Geel in Belgium, which provides the counterpoint to the story—an antithesis—a place where a different kind of therapeutic regime was enacted, one where the mad where integrated into the community, taken in by peasant families and provided a more nurturing environment—one in which they worked alongside their adopted families, but also where they were allowed to still be a part of society, i.e. they weren’t simply locked up. And the way I see it, the story that you tell is one where the Bedlam model eventually fails, and the Geel model gains ascendancy—particularly after World War II, in so-called ‘therapeutic communities. ‘Is this a fair description? And can you say a bit more about these two, let’s call them, ‘approaches to madness’?

They work well as counterpoints, because they were both founded at the same time, they both have religious founding myths, and they encapsulate different ideas, one of which is: sequestering the mad in a separate colony, and the other is integrating them into the social mainstream. It’s interesting to follow these two attitudes through history, because the heyday of the asylum – the late 19th century – was actually a time when Geel became integrated into the Belgian public mental health system. It’s technically declared a large colony – there’s a line on the map drawn around it. So at that point, you could either lock your crazy relative up in a grim asylum, or have them work out in the fields with the farmers in Geel. The dialogue between the two perspectives was interesting. If you go to Geel now, the family care system still exists, but there’s also a gleaming psychiatric hospital, which looks like anywhere else. Everybody is trying to meet in the middle now: to do as much as possible in the community, but with residential health care as a last resort. That is what makes Geel interesting. It considers, or at least has done so in the past, psychiatry not as the first port of call. They did not immediately frame madness as a medical problem with a medical solution. They framed it as a social problem, and if a social solution fails, there’s a medical framework. The opposition between Geel and Bethlem is a very fertile point to start thinking about where we are now in terms of framing madness.

Yes, but I also think that – it’s kind of a double bind. When it works, it works because the therapist is great and they care and really believe in it. The only person I know who was given LSD during therapy, back in the old days, is my uncle. He had severe mental health issues in the 1960s. He was given LSD in a doctor’s surgery and was then left alone in a room on a plastic chair and told to think about his childhood. Those were possibly the worst eight hours of his life. I think when it works, it works because the therapist believes in it. So in a way, the most important thing is the therapy. It’s not unlike homeopathy. If the homeopathist believes in what he or she is doing, and is a warm and caring person who spends an hour with you a week, you’re going to feel better. So I think there is a dimension of that with psychedelics as well. Often the people who do it are inclined to think it is psychedelics that are doing the trick, when in fact it is the work of good therapists.

[MI] And they’ve got a good narrative. [MJ] A very glamorous narrative. [MI] So where did your uncle’s LSD experience happen? [MJ] I guess it was in Harley Street somewhere [MI] In London? [MJ] Yeah. With a proper old-school Freudian analyst. It was the journey back to childhood, which in my uncle’s case was a place he’d never wanted to return to. That was the problem.